You are here: Home / Discovery / Thou shalt not deviate 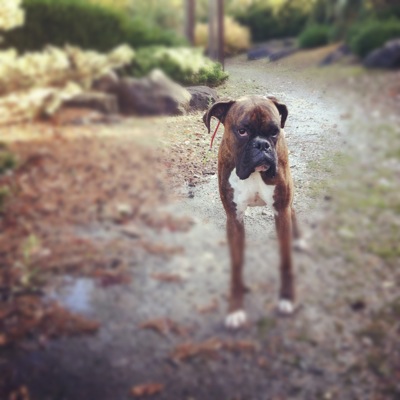 I have a tendency to ramble temporarily off course with the intention of getting back on my way.

It happens to me when I’m writing and when I’m cleaning the house (which, as you already know, isn’t too often).

When I clean, I tend to organize. So furniture gets moved around, art gets re-purposed, and Beck’s old rawhide gets tossed. It also takes me a long time to finish any cleaning project.

Funny, the same thing happens when I sit down to write. Papers get moved around, I read something of interest that gets re-purposed, and words get tossed. And it takes me longer.

Why can’t I just write? Why do I deviate?

Because I’m curious, I looked up the word ‘deviate.’ It’s a verb that means to veer off an established course or depart from an accepted standard. Looking into the etymology, its Latin origin is deviare, which means ‘turned out of the way.’

Recently, I had to take James to soccer practice. The last time I hurried him to get ready so we wouldn’t be late, I was admonished.

“Don’t rush me,” he yelled. This time, I tried something new: I kept silent and watched him get ready.

James prepared for soccer practice by pulling on his black shorts and tying the waist. Next, he pushed his curly head and long arms through the holes of his jersey. And then he sat down on the couch where he pulled on his white undersocks over his skinny calves, strapped on his shinguards, stretched his oversocks up over his thighs, and then folded them just below his knees. His cleats were next. James tied them and re-tied them over and over again so the laces were tight and laid just right. It took him nearly ten minutes to complete the task of tying his cleats. During his preparation, however, he remained quiet. It’s almost as if he was preparing his mind as well as his body for practice.

I thought about this. Perhaps the act of deviating is really the act of preparation. I prepare my mind for writing (and cleaning) by concentrating on something else. Yes, it may take longer, but in the end, I’m ready.