You are here: Home / inspiration / Thoughts on freedom at Thanksgiving 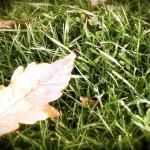 It’s Thanksgiving. It’s time to be thankful and grateful for our freedom.

If memory serves me correct (and thanks to James, it was refreshed by what he’s learned throughout elementary school) the Pilgrims came to America to seek freedom from religious persecution  from the Church of England. So the Pilgrims set up hearth, home, and church – under the wary eye of the soon-to-be-vanquished indigenous people already living on this land – and gave thanks with a large feast.

The Pilgrims, free from the Church of England, had set out to establish their own nation and pay tribute to their ability to survive. While there is another Thanksgiving truth that is often left unsaid, I’m not about to argue what went down 400 years ago. Here in the 21st century, I’m thankful for my family and grateful for my freedom. I hope that these values are shared by  my fellow Americans.

Freedom’s just another word for nothing left lose.

When I think about being thankful, the line from “Me and Bobby McGee” as recorded by Janis Joplin; lyrics by Kris Kristofferson and Fred Foster, comes immediately to mind. When the Pilgrims came to America they were free with nothing left to lose. Today, we have many wonderful rights and freedoms that we can enjoy thanks to our Founding Fathers more than 100 years after the Pilgrim Thanksgiving. The original Bill of Rights – that bit of paper amended to the constitution because it wasn’t good enough – consisted of ten amendments that became part of the Constitution. Since then, more have been added like Civil Rights and Women’s Suffrage.

Over time I’ve come across some interesting examples of how folks exercise their freedoms. Perhaps you’ll explore these, talk about them during dinner, or share with someone close. As I look forward to spending time today with family and close friends, I wish you all a Happy Thanksgiving.

Previous Post: « An intimate look at The Nutcracker Ballet for Rochester Woman Magazine
Next Post: Where I found a moment of joy »