You are here: Home / Gratitude / Thanks for the freedom 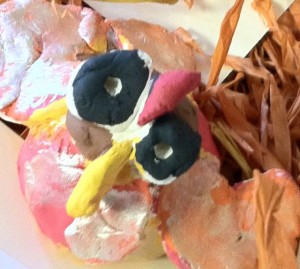 Last year, I wrote some thoughts about Thanksgiving and freedom. This year, I revised the post a bit and published it to the Democrat and Chronicle’s Moms blog, and again, below. Enjoy!

My son reminded me that Thanksgiving is a time to be thankful for our freedom. Throughout his education, he’s drawn a lot of chubby five fingered turkeys and watched our President officially pardon a single turkey – one of an estimated 46 million turkeys saved from Thanksgiving Day tables. But it wasn’t until recently that James understood what Thanksgiving Day is really about: freedom.

We all know that Pilgrims came to America seeking freedom from religious persecution from the Church of England. These brave souls set up hearth, home, and church with help from the soon-to-be-vanquished indigenous people already living on this land. They barely survived weather, famine, and disease, but managed to give thanks after their first harvest in the New World with a large feast. However, it wasn’t until 1863 in the midst of a terrible Civil War that President Abraham Lincoln proclaimed a single national Thanksgiving Day in the hope of unifying a nation divided.

Today, we have many wonderful rights and freedoms that we can enjoy thanks to our Founding Fathers. The original Bill of Rights (you know, that bit of paper amended to the constitution because it wasn’t good enough?) consisted of ten amendments that became part of the Constitution. Since then, more have been added like Civil Rights and Women’s Suffrage.

Like the line: “Freedom’s just another word for nothing left lose” from “Me and Bobby McGee,” (as recorded by Janis Joplin; lyrics by Kris Kristofferson and Fred Foster) the Pilgrims came to America seeking freedom because they had nothing left to lose.

Over time, I’ve come across some interesting examples of how folks exercise their freedom.

I hope you’ll explore these examples, discuss them on Thanksgiving Day, and seek more examples to share. As I look forward to spending time with family and dear friends, I wish you all a Happy Thanksgiving.