You are here: Home / Lessons / Bomb threats, pranks, and love 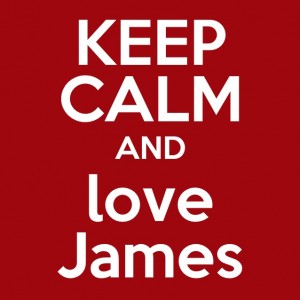 “Good Morning, there’s been a bomb threat against the school,” said the voice on my answering machine.

I was busy getting ready to drive James to middle school since we were running late. I felt uneasy.

“Although we don’t believe the threat to be credible,” the voice continued. “We’re working with the Sheriff’s department… following threat assessment procedures, including a full sweep of the building… and searching all students as they enter the building.”

School had not been cancelled because officials thought the bomb threat was a prank. It was some kid’s idea of a joke. But what if it wasn’t? How could I send James to school knowing there might be a chance of a real threat? With Thanksgiving in two days, I wanted to keep James home where it was safe.

I told James everything I knew about the bomb threat. Classes may be disrupted; his backpack and trumpet case would be searched. He said he never had his bag searched before. So he checked it just to be sure:  all clear – no bomb here. Would he want to stay home? No way. He was ready to go.

I drove him to school that morning. As I backed out of the driveway, a siren wailed; the neighbor’s hounds howled. Could it be the school? I shuddered at the thought of Russell Banks’ harrowing tale of “The Sweet Hereafter.” But that was just a story of an accident, not a bomb. Despite reassuring myself, my emotions roiled.

I pulled into the drop off lane. Four police cars were parked in front of the school – one was K-9. James turned to me before he opened the car door and said, “I’ll be okay, mom.”

He was right, but it didn’t make letting him go any easier on me. Since that day, more information has been shared by the school about a clever social media application called Snap Chat used to send a cryptic text message to a few students. The mobile app, it turns out, has made it difficult for the school to find compelling evidence of who the culprit is because it lets users share texts and photos with friends that are programmed to vanish within seconds. So there’s no trail of snaps because they’re deleted.  I learned some of this from my teen-aged nieces who knew kids who received the menacing message. But are expired snaps deleted or  just hidden? That will be something for the police and school to figure out.

In the end, it doesn’t matter how the threat was made because jokes thinly veiled as threats will always happen. Kids will do or say stuff like this to get attention, or be disruptive just to see what grown-ups will do – online or offline. Maybe a difficult situation at home, in school, or outside of school makes a kid want to act out. Sure, parents can teach kids to act responsibly. Grown-ups can set a good example. We can monitor what they’re doing on and off the Internet. We can hold our kids accountable and set consequences for unacceptable behavior like bomb threats, sexting, and cyberbullying. We can also be there to listen and to love them unconditionally.

The unease I feel about my son’s safety never really goes away. A bomb threat today. A shooting tomorrow. An accident next week. What does the future hold? As parents we want to keep our kids safe. Period. Bomb threat or a prank, I can only hang onto each moment I share with my son, try to do the right thing to keep him safe, keep calm and love James.

(also published to the Democrat and Chronicle’s Moms blog)

Thanks for the freedom
Next Post: Lessons learned from loss – “Jack’s Five Dads”