You are here: Home / Books / How useful are you? 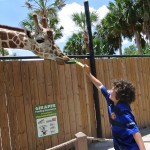 “No matter how useful we may be, sometimes it takes us awhile to recognize our own value.” – Tao of Pooh

My husband had been reading the book The Tao of Pooh by Benjamin Hoff, which explains the joy of discovering life’s simple pleasures and working in harmony with life’s circumstances through dialogue between Pooh-bear and his companions. There’s a part about being useful that struck him as remarkable and he shared it with me. After reading the line above, I had one of those “aha” moments.

We are all useful, aren’t we?

If you believe that we are all on this planet for a reason and are not simply extra parts waiting to be made useful in, let’s say a clock, as the character Hugo explains to his friend in the film Hugo Cabret  (based on Brian Selznick’s best-selling children’s book The Invention of Hugo Cabret then this makes sense.

Kids are a lot like Winnie-the-Pooh because they believe that life is fun and they behave as if life is a never-ending summer vacation: sweet, sticky, and no work. I doubt that my ten-year-old has even thought of the question I’m pondering now: How am I useful?

As a grown-up, I often think of myself terms of being useful, helpful, or valuable to others. In Tao of Pooh, the author shares the Chinese story of The Stonecutter to illustrate why grown-ups might ignore our own usefulness in search of fame, fortune, power, or strength. In “The Stonecutter,” a man who cuts stone for a living is unhappy with himself and his status in life. He sees someone or something that he wants to be: a wealthy merchant, a dignitary, the sun, a storm cloud, the wind, and a stone. Every time he wishes to become each of these symbols of power and importance, he magically transforms.

As he enjoys the luxuries of each stage of his new life, something else more powerful catches his eye. It’s not until he becomes a stone – more powerful than anything on the earth– and a man begins to change him with a hammer and chisel, does the stonecutter realize how valuable and useful to the world he really was.

I relayed the story to my son, who said that the story was boring. Quickly he followed up with “it’s about just being yourself.”

I think he’s right on both counts. A stonecutter is like an artist: an individual who creates value and beauty from his carvings for others to enjoy. Sometimes, however, it’s hard work to separate the art and just be yourself. It’s also hard work to sit through a boring story.

Some thoughts on how to write better
Next Post: Finding karma in the queue for blood »