You are here: Home / Lessons / Five tips for being a successful sports parent 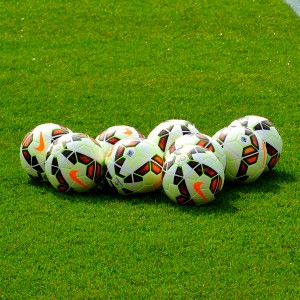 What makes a successful sports parent?

While at my son’s soccer game on Sunday, – Father’s Day – I saw most parents rooting for their boy’s team and enjoying the game. Also watching the game from the sidelines was a lone ranger-of-a-dad, muttering to himself. His son’s team was losing. The referee made a call in favor of my son’s team. The lone ranger took it personally and bellowed:

“Get your head out of your ass ref!”

I was stunned, as was anyone else within earshot, including parents and players. The referee stayed cool and to my surprise didn’t eject the lone ranger. I learned later that the referee fined the opposite team $25.

Why do parents get so hot about a youth sports game?

Clearly youth soccer is not World Cup action. However, I’ve seen parents act like it is life or death. I’ve seen a group of parents make a teen referee cry. I’ve seen a parent yell at a volunteer coach for not giving his son enough playing time while the team of popsicle-licking 9-year-olds watched. I’ve seen parents berate their kids from the sidelines. And I’ve heard many more instances of adult misconduct and parents behaving badly.

What are we as parents teaching our kids when we behave like lunatics?

Our children notice our behavior – good and bad. Lashing out with rage, sarcasm and fighting has no place on the sidelines. Unkind words and actions may not always make headlines, but that doesn’t mean the damage to a child is any less severe. Behavior in the crowd impacts players on and off the field.

Here are my five tips for being a successful sports parent:

1. Don’t coach your kids from the sidelines. The kids can’t hear you. They are playing a game and trying to remember the 16 things their coach told them. Plus, you really are annoying to other parents who keep their mouths shut.

2.  When you’re watching a bunch of young soccer players running around an overgrown field, remind yourself that there are things about their (mostly) pre-pubescent bodies beyond their control. Arms, legs and feet go one way when their brain is telling them to do something different like: settle the ball, pass the ball gently, kick the ball towards the goal, keep hands down, and more.

3. Don’t talk to the referee. Even if you know in your heart that the ref made a bad call, it’s not your call to make. The ref, however, will fine your team, and/or throw you off the field. Keep in mind, while some referees are parents, in many instances, the ref is still in high school. And someone’s kid.

4. Don’t talk to the parents of the other team during a game. Move away from the big mouths, otherwise it will not end well. You may even end up on YouTube, which will live in cyberspace forever.

5. Do practice being an objective observer from the sidelines. Sure you’ll see errors, bad calls, coaching inconsistencies, and difficult people. There are flaws in everything, including our own personalities. Be willing to encourage the unfolding potential of your son or daughter, their team, or the referee instead of giving more attention to the imperfections and strengthening them.

Kids who play youth sports with passion learn a great deal from their experience. By watching our kids and keeping mouths shut, eyes open we can learn what it takes to be successful sports parents.

Previous Post: « Shopping for Coke with my thirteen-year-old
Next Post: Why I love writing for Rochester Magazine  »