You are here: Home / Discovery / Beginner’s mind opens you up to new possibilities 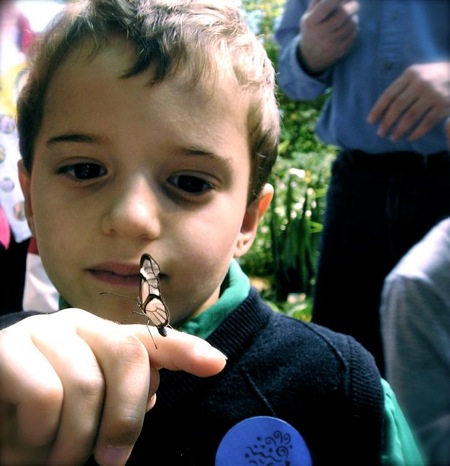 Sometimes I think I know a little about yoga. But I’m really just a rookie – a beginner.

Recently, I enrolled in “Yoga School for Beginners” at Midtown Athletic Club. Why, you might ask, would I enroll in a yoga school for beginners? I’ve been practicing yoga for 7 years, I should be past the beginner stage, shouldn’t I? No. Allow me let me tell you why.

I signed up for the session with my husband, who is no stranger to yoga. This will be Rob’s 4th Yoga School. He tells me that taking the class gives him a “kick-start” to begin practicing yoga again. (He likes to say that I’m the kick and the class is the start.)

He’s also reminded (often painfully so) that he can no longer move like a tiger on the tennis court or a gazelle on the soccer field. It hurts him to bend, sit, pull on socks, and walk because he has hip osteoarthritis.

While Rob’s acutely aware that he’s stiff, he’s trying to do something about it. He knows that by beginning with a beginner’s mind in yoga he can help reset himself simply and directly, drip by drip.

Yoga is good for the body and the mind.

More than 7 years ago, I thought yoga was kind of silly, but I needed to change up my workout routine. I knew I couldn’t run forever and I wanted to avoid injury. My right hamstring was chronically sore, and then, after my son was born, my body didn’t feel quite the same.

My good friend Karen who loves yoga (and anything to do with fitness) gave me a beginner’s yoga video to watch so I would have at least a clue (and wouldn’t embarrass her in class if I stood next to her).

After I wore out the tape on the video, I felt like I was ready to take my first class. I chose the one where everyone wore body-hugging, cute lululemon outfits, and looked like they knew what they were doing.

Performing most of the yoga poses made me feel good, but some I hated. Standing, bending forward, lunging, resting on my tummy, and laying on my back were all good. Poses having to do with balance, twists, core, and anything with warrior in its name frustrated me because they were so freakin’ hard to do.

I was fortunate to have many teachers who offered encouragement, suggestions and adjustments. While in a pose called Downward-Facing Dog Pose, one teacher told me to increase the distance between my hands and feet to elongate the spine and allow my shoulders to open (and to avoid practicing what she referred to as Puppy Pose). Another said to quit looking around the room and pay attention to my mat.

Invariably, I used lots of props for support (blocks, straps, blankets and bolsters), forgot to breathe, confused my right with the left, and really looked forward to the nap at the end of class. (Nap time or savasana – pronounced sha-va-san-ah – continues to be my favorite pose.)

Over time, I noticed that yoga not only stretched my body, but it also broadened my mind. Concepts that I once thought were silly, or that I initially resisted, I found, may have some merit after all.

Yoga became an adventure in discovering me.

Despite the fact that yoga was hard, I was drawn to it. It made me feel good. At first, I wanted to conquer the poses. Over time, I learned to lighten up, do less, quit fidgeting, hold the pose, and breathe. Soon, practicing yoga became much more than stretching (and farting – not me, the lady next to me). It became more than achieving strength (headstand, anyone?) It became more than increasing flexibility (picture a a cobra lifting up and swaying out of a basket). It became more than a class that fit into my kid’s nap schedule. Yoga became part of me.

Since my first yoga class, I have explored and continue to explore different kinds of yoga: hot yoga with smelly-corn-chip-feet-people; graceful, flowing yoga where I felt like an oafish ballerina; bootcamp yoga that was humbling, and intense and precision yoga.

I read about yoga. I take workshops in yoga. I ask questions about yoga’s history and philosophy. I think that when I remain aware of the process of learning yoga – and not just what I’m learning – I can apply my collective experiences to living my life, minute by minute and thought by thought. I’m not perfect. I still have issues. But what I do have is this: faith in myself.

For me, yoga is a fascinating discovery process that is gratifying, mystifying, and neverending.

“Yoga School for Beginners” is something my husband and I can do together to reconnect with our bodies, our minds, and each other. It also reminds me that the way I do my yoga practice is the way I do my life.

Starting off each day with a beginner’s mindset can open me up to new ideas, concepts, people, and more. I’m proud to be a rookie – a beginner. Nothing more; nothing less.

What did you learn today?