You are here: Home / Discovery / Discovering Happiness in a Flaming Tequila 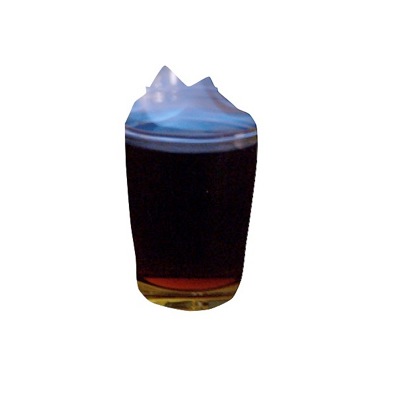 The most awesome thing I did on Christmas Eve was to drink a flaming tequila. Doing the shot wasn’t easy for me since I have a tendency to over think things and, I admit, I was chicken.

Rob and I invited our friend David to join us Christmas Eve. He suggested that he might bring some tequila to liven up the party, which was fine. I like tequila in margaritas. However, that wasn’t what he meant. He arrived with his own special tequila kit. In it contained: a couple bottles of tequila, Sangrita (a spicy tomato drink to compliment a shot of tequila), Kahlua, shot glasses, and straws.

As David tilted the shot glass to flame the tequila (mixed with Kahlua), he explained that I had to stick a plastic straw through the low blue flame and suck it down. Quickly. He demonstrated in 2 seconds (maybe less), but cautioned that if I didn’t do it fast enough, the straw would melt. I was worried that I would burn my throat, catch on fire or throw up. I have a history of getting sick when I mix my alcohol. I had already had a cosmopolitan and had been sipping a very smooth, Mexican tequila with a Sangrita chaser, so I was a bit worried. I made Rob go first. And then, to my surprise, my mom did it. My mom! In an instant, she was ready to dance.

“Sometimes we miss happiness by looking too far for things nearby.” – Anonymous

That was it. There was no way my 69-year-old mom was going to show me up. So I did the shot. You know what? It was surprisingly sweet and smooth. There was no burning plastic. My eyebrows did not catch fire. I did not barf. I was happy.

One by one, guests and family walked to the counter as if receiving the Holy Ghost. And then a funny thing happened when my 90-year-old grandmother sucked down her shot. Immediately, she kicked up her heels, dropped her cane and danced a jig. Okay so she didn’t dance a jig, but she did high-five everyone in the room without leaning on her cane. She also threw her arms around James and nearly knocked him over. (I may have scarred my 9 year-old for life. And no, he did not do the shot.)

Doing a flaming tequila turned out to be a great party mood-changer, too. The noise-level increased instantly and my family was ready to turn the kitchen into a dance floor. It also served as an excellent lesson for me: Thinking too much might cause you to miss the flame of happiness.