You are here: Home / Lessons / The Korean War legacy 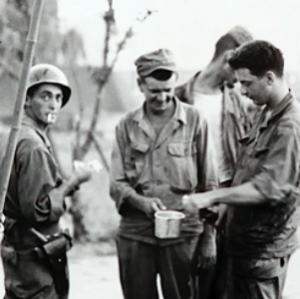 From 1950 to 1953, the United States military fought to protect South Korea’s capitalistic democracy from communist North Korea’s invasion on the Korean peninsula, which was divided after World War II. More than 33,000 American soldiers lost their lives during the Korean War in the name of freedom, according to U.S. Department of Defense statistics. Joining the list of casualties were thousands of soldiers sent by 16 nations and millions of Koreans turned refugees in one of the most deadliest wars fought in the 20th century.

Betty Perkins-Carpenter, 83, a local Korean War veteran has been searching for matches of Korean War soldiers in a collection of 138 black-and-white, glossy photographs she received about two years ago from the Monroe County chapter of the Korean War Veterans Association. The photos were commissioned by the U.S. Department of Defense at the beginning of the Korean War.

Recently, I followed up with Perkins-Carpenter when she received a second match from a Rochester-area family in response to the Democrat and Chronicle’s Snapshots from the Korean War project.

“Somewhere in Korea on August 9,1950, 34-year-old William Michals held out an empty tin cup to receive pop from a fellow American soldier. In the photo, Michals, wearing a cap, is standing to the left of Crawford Flynn, previously recognized by Tiana Stephens of Rochester as her grandfather. As Flynn served the cool, sweet drinks to Michals and other servicemen who gathered during a break in fighting, a photographer snapped their picture.”

To read the full story online at the Democrat and Chronicle click here.

Not only was the Korean War a vicious battle in an effort to protect freedom, but also it leaves America with a lasting imprint.

Autumn Applause
Next Post: Awake in this very moment