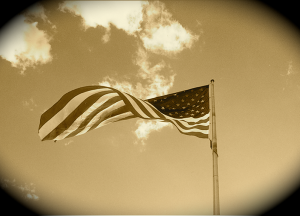 More than three thousand lives were lost when two hijacked jets tore through New York’s skyline and crashed the stoic Twin Towers. Minutes later, a third plane smashed the Pentagon. But the nightmare wasn’t over. A fourth plane headed for Washington, instead plunged nose-first into a southwest Pennsylvania field. A country – no a world – changed forever.

From this battlefield, however, arose hope.

Strangers united to help strangers. Giving up in face of a hopeless situation was not an option. A throng of unsung heroes arose, while the rest of us searched for answers to the question: Why?

To seek the truth is one thing. To recognize it is an entirely different animal.

Fear, horror, shock, panic, and hate had reached a tipping point. It catapulted the U.S. into a war over imaginary nuclear arms and a search for the mastermind behind the massacre. Brave men fought for a cause and died to protect the rest of us. While this nation could not change history, it could resolve that the dead from that fateful day and all the dead thereafter shall not have died in vain.

Despite my increasing girth, I was quite energetic, working for an ad agency in Rochester, NY. Just before 9 am, my boss and I were on a conference call speaking with members from our New York City ad team. In the midst of discussing several pressing client issues about a direct mail campaign, the phone line went dead.

Puzzled, I dialed the number again. A busy signal. As I dialed a third time, our creative director rushed in and told us the World Trade Center had just been bombed. I got up and raced down the hall to the conference room where the rest of the agency – all six of us – had gathered. On the television I saw flames lick what was left of the first tower. Suddenly, another plane collided with the second tower. Black smoke and more flames filled the screen.

As I listened to the news report, images of the planes crashing into the Twin Towers were played over and over on the screen. All I wanted was to go home and pray; to pray for the dead, the dying, the living, and my baby.

My life had changed in an instant.

Everything that had seemed important and urgent at work wasn’t anymore. It was just stuff to pass the time and I couldn’t do it. I cradled my swollen belly while tears rolled down my face. A few minutes later, I called my husband. Rob was home and had not yet heard. Rob could have been on a plane or in New York City at a meeting near the Twin Towers. Instead, he had scheduled a stress test later that day because he was a high risk for heart disease.

As I watched him walk the treadmill, I worried about all the what-ifs? However, his results were normal. We were relieved. Despite the apocalyptic moment I witnessed hours earlier, life went on.

Today marks the sixteenth anniversary of the September 11 attacks.

We will honor the dead, reward the heroes, comfort the broken hearted. Newsmakers and politicians will argue all over again about what we should do, what we should have done, what we can never undo. We will question our resolve and wonder whether we can ever be safe in this world. Men, women and children will die. Governments will be overthrown. Terrorists will plot their next target. Children will play. Life will continue.

We may never know the answer to the question: Why? By remembering, however, we can find peace, hope and, perhaps, forgiveness. God bless America. God bless us all.