I wanted to share with you my three words for 2013, but first a question. Have you seen the overdone phrase: New Year, New You? It’s turned up in email headlines, search results (about a billion), and magazines. Amazon wants you to buy stuff that will help you kick off your New Year’s resolutions. Real Simple Magazine wants to help you start the year off right by making small, manageable changes to your lifestyle – and ultimately buying their magazine. Manilla wants you to get you s#!% together by organizing your accounts and bills online with them, for free.

It irks me, but I suppose that this headline works in attracting people interested in losing weight, getting fit, getting organized, improving money management skills, or learning something new. And I guess I fit that profile. Well, enough of my rant. You may recall that in 2012, inspired by Chris Penn’s 3 words, I came up with three words to help guide me for the year. The results?

1. Amplify. In 2012, I became my own boss as a free agent writer and marketing consultant, revamped my website, increased my understanding and knowledge of storytelling and copyblogging (a combination of copywriting and blogging), won an award, took on new and interesting projects that accomplished objectives and met new and interesting people, many who are on a similar path as me.

2. Visualize. Every morning (well, almost) I spent time with myself writing, reading, stretching, thinking, and reporting on my goal achievements. I’m a goal setter. I believe that when you follow a goals process your effort pays off. I have a system – Pick Four

–  that anyone can use. It’s not hard, but it does require three steps, which can be uncomfortable: 1) accept that goals create effort that pay off; 2) choose a few (like, four) goals you’re willing to work towards and 3) stick with the program no matter what. Like me, you may realize that you really didn’t want the thing you thought you did (for example, save money for a trip to Europe) and replace it with another goal you’re willing to work towards (like getting rid of seasonal allergies, which required two kinds of medications).

3. Create. I’m blessed that I create my art with confidence and gratitude everyday. I revamped my website last January and continually fiddle with it in the hopes of making it better. I reworked my book proposal and manuscript, but missed my self-imposed deadline. I started a children’s picture book project with my Dad. I began writing for Rochester Woman Magazine.

This year my three words are: Act. Connect. Share.

1. Act. I will act on my ambitions and grow my author platform. Someone wise once said that logic alone is not enough to change an emotion, but action will.

2. Connect. I will seek and connect with new, different, and inspiring people.

3. Share. I will share what I’ve learned by using the tools and technology at my fingertips, and some old school ways, too. Each month I’m sharing my 100 Word Book Reviews with readers of Rochester Woman Magazine. You can read January’s installment on page 53 here. 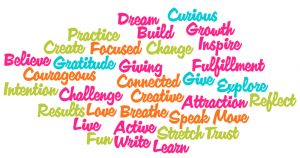 An inspiration wordle to inspire you. I took the words that readers sent me last year, plus mixed in a few of my own that were lounging about and created a word cloud just for fun. (I know it sounds geeky.)

Here’s a challenge: take a look at what you’ve done in 2012 and come up with your own three words to help set you on the right path and attract what you want. Don’t forget to let me know what you’ve come up with.

If All of Rochester Reads 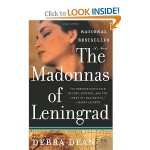 The Madonnas of Leningrad: A Novel

Author Debra Dean doesn’t know who Marina’s son’s father is nor what exactly happened on the roof of The Hermitage Museum one night in 1941. She isn’t being coy when she talks about her book “The Madonna’s of Leningrad”– an “If All of Rochester Read the Same Book” book. She just doesn’t know. One thing, however, Dean does know is how to create a vivid tale of love, survival, memories, and imagination.

During her visit to the Penfield Library on Wednesday, March 29, Deborah Dean entertained us by reading her favorite chapters, sharing stories about the writing process, and fielding a variety of questions. The event “If All of Rochester Read the Same Book” presented by Writers and Books (WAB) is in its 12th year.

“The Madonna’s of Leningrad” is the fictional story of an elderly Russian woman slipping uncontrollably into dementia. Marina recalls, however, exquisite details of Fragonard’s painting “The Stolen Kiss” and imagines the thoughts of the girl in the satin gown who’s being kissed by a suitor. As a guide at The Hermitage, Marina toiled with staff to save 1.2 million artifacts from destruction during The Siege of Leningrad. While taking refuge, Marina builds a memory palace to remember the paintings that once adorned the museum. Like a docent, Dean skillfully moves us through Marina’s memories as the disease consumes her mind.

Pickles, Cheese and the Importance of David Sedaris

“Who’s that?” was the usual response. Apparently many in my social network don’t know the importance of David Sedaris.

The worldwide media also seem to have embraced this description – or perhaps they couldn’t improve upon it with anything different and insightful – because I’ve seen it all over – in articles, interviews, booksellers’s sites, and in program flyers.

I stumbled upon Sedaris’s autobiographical, satirical essays here and there over several years in: Holidays on Ice, Me Talk Pretty One Day, Naked, Squirrel Seeks Chipmunk, and also on NPR. His self-deprecating remarks reveal a hint of sadness, and yet, he finds the lighter side of these situations to make the reader laugh along with him. I often wondered if I could turn my quirky, observations about life events into little, droll stories with a distinctive voice that others would want to read. So I was excited to learn that he was coming to Rochester as part of Writers & Books 30th anniversary celebration.

I invited my friend Sam and we met at her cute loft before the show for a glass of wine and pickles and cheese. Specifically, we ate sweet pickles and Jarlsburg Swiss with a touch of mold. When I began to point out the green spots on the cheese (which was still encased in its see-through wrapper), Sam said, “You’re not put out by a little mold, are you? Cheese is mold.”

“I usually cut off the mold,” I said, trying not to sound too finicky. Pickles and cheese (with the mold scraped out) seemed weird at first, but tasted surprisingly good.

Sedaris is weird, but good

I guess I can understand that people in my circle might think its weird to want to listen to an obscure humorist read his stories aloud. Isn’t that stand up comedy? It is if you memorize the monologue. However, as I watched the diminutive Sedaris speak in his nasal lisp at Hochstein Performance Hall, I witnessed his brilliance unfold. There, he shared his observations about the world revealing that you can find humor in the most unremarkable places.

Sedaris read a story written for the BBC about how Americans have this socialist health care thing all wrong.

“The Canadian plan’s been categorized as genocide, but even worse are the ones in Europe, a place where patients lie in filthy cellars, waiting for aspirin to be invented.”

Sedaris went on to explain why he loves the casual nature of his French doctors and how it only costs him forty bucks-a-visit to see his dentist who tells him not to bother flossing his spacious “good-time” teeth. Although he’ll leave bloodied, he looks forward to the next masochistic visit.

Sedaris’s childhood has proven to be fertile ground for many of his stories. From a piece meant for a group of real estate agents, (the gig had been cancelled) Sedaris read about his family’s move from New York to Raleigh, North Carolina in 1964. Being a Yankee and a Jew unfamiliar with southern ways wasn’t easy, nor was the fact that he hated that particular time in his life. He and his siblings practiced anger management on the new builds in their subdivision: kicking in doors, throwing bathtubs down stairs, breaking windows, and setting fires.

Sedaris is a happy homosexual with periodontal disease who lives in France.

I don’t know if Sedaris would describe himself that way, but at least I know he won’t Google his name and stumble across this post. (He can’t understand why anyone would Google themselves anyway.) He also admitted that he finally got Internet access, but doesn’t Facebook. He shared that his publicist set up his Facebook page, which admirably discloses: “This page is updated by David’s management and publisher to keep fans informed about new events & articles & to allow fans to share feedback and connect with other David Sedaris readers. David knows & hears about this page but does not create posts.”

And yet fans leave him personal messages, like “David, when are you coming back to Alabama?” Do these people really think Sedaris will respond? I tend to be wary of Facebook zealots who use photos of Steve Jobs as their profile picture, and the overuse of ampersands.

As Sedaris read from behind the lectern, almost immediately Sam noticed that he held a pencil in his right hand. “He’s editing,” she said, as Sedaris scribbled a note on his papers.

Only at the end of the performance did Sedaris explain that many of the stories were from his diary. After the performance and (obligatory) book signing, he’ll return to his hotel and rewrite them. He’ll read the stories again to another audience the next day and by the end of his 42-day book tour he said, “They’ll be better.”

The last thing Sedaris read was an excerpt from a book that he recommended, Peter Hessler’s Rivertown. It’s about Hessler’s two-year Peace Corps stint on China’s Yangtze.

Sedaris said that he often promotes other books that he enjoys reading. In pure Sedaris satire, he proclaimed “I would buy this book before I’d buy anything that I have written. It’s a much better book.”

Sedaris digressed a bit from the book plug to mention a criticism he received about his recent essay published in the U.K.’s Guardian newspaper, titled “Chicken Toenails, Anyone?”

Sedaris explained that he writes about what interests him, so he doesn’t quite understand what the problem was with his essay. The essay wasn’t about the importance of Chinese herbal medicine. It was about poop. And mucus, animal parts, and…well…poop.

“Another thing one notices in China is the turds. “Oh please,” you’re probably thinking. “Must you?” ”

“To this I answer, “Yes, I must,” for if they didn’t affect the food itself, they affected the way I thought about it.”

I know my friends Mary and Jim can relate to Sedaris’s point-of-view, after spending 3 years in Shanghai. There they witnessed the Chinese people spitting, peeing, and pooping on the streets, sidewalks, and shopping mall floors, not to mention the unique distribution and preparation of animal parts in outdoor spaces.

While I’m sure there are redeeming qualities to visiting China, I think I’d rather eat pickles and cheese and listen to David Sedaris instead. 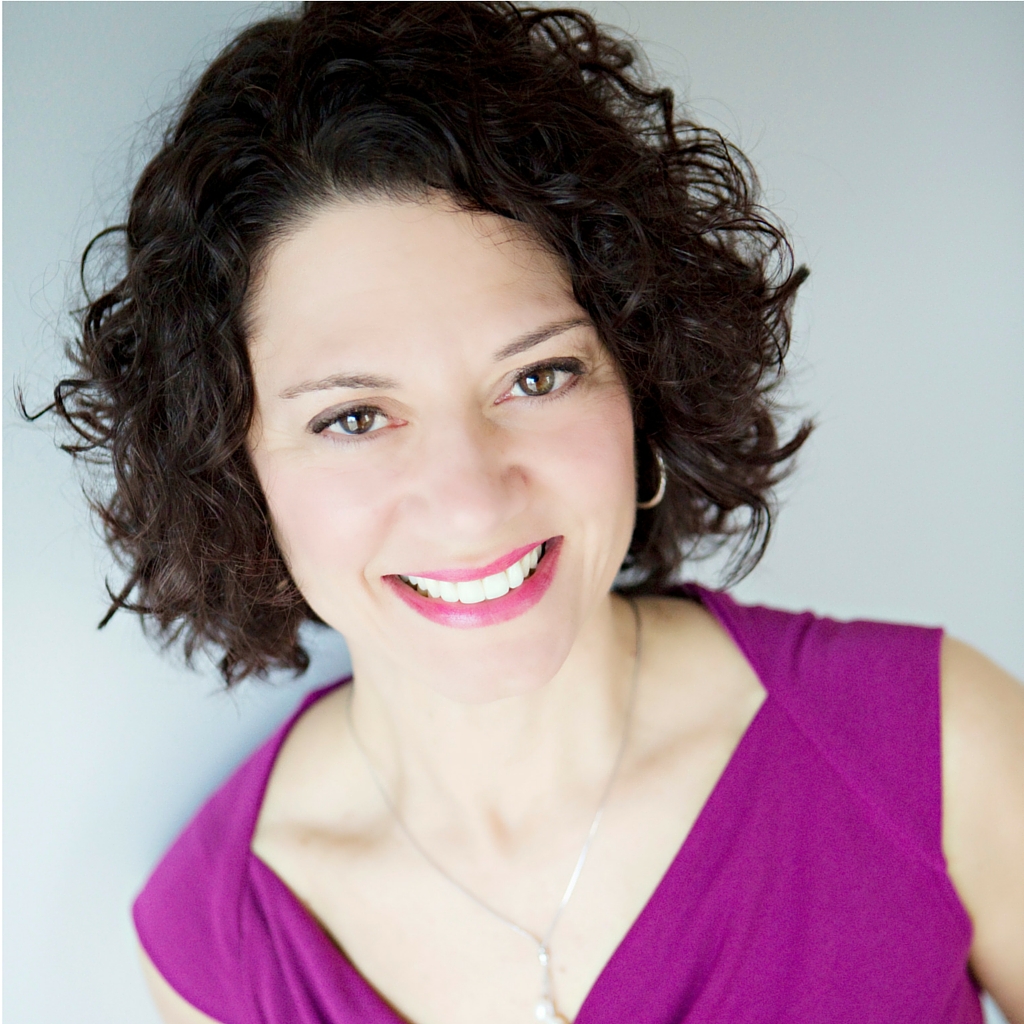 @KristineBruneau is a writer and author of Mommy Musings: Lessons on motherhood, love and life. Read more >