You are here: Home / writing portfolio

You can read my published works in my Flipboard magazine (just click on ‘Read Magazine’ above). Flipboard is a nifty, powerful app that allows you to create your own magazine by pulling in your editorial content as well as content from other sources. 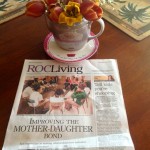 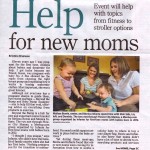 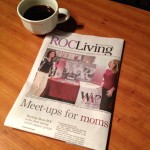 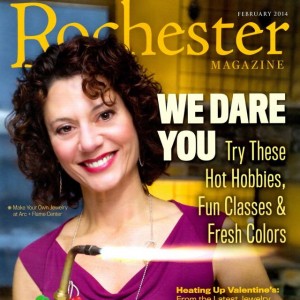 I can now check “cover model” off my bucket list (it wasn’t on in the first place, but what the heck.) More importantly, I can say that I wrote the cover story for the February 2014 issue of this exceptional publication, and am humbled to be in the presence of so many talented folks who work hard month after month to produce the magazine. 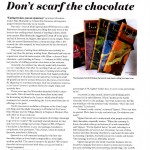 “Don’t scarf the chocolate,” appeared in Rochester Magazine’s April 2013 issue on page 8. You can’t read it online unless you buy the app for the iPad (available on iTunes). However, if you subscribe to my blog (hint: join the list to the right), you can read the article for free! Once you’re finished reading, why not go out and buy a copy of Rochester Magazine or the iPad app? Oh, and don’t forget to try the chocolate!

“100 Word Book Reviews”  debuted in the January 2013 issue of  Rochester Woman Magazine on page 53.  The column appeared somewhat regularly throughout 2013.

An Intimate Look at the Nutcracker 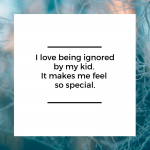 I love being ignored by my kid. It makes me feel so special. 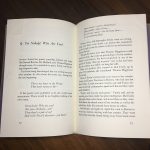 Have you ever felt left out? A nobody? Sometimes the gremlins in our head get the best of us and we need to remind ourselves that we are a good, happy, kind, successful person trying to do the best we can everyday. 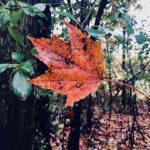 When the moment gets real and gut wrenching, I take out a notebook and pen to write down the bones of my feelings. Perhaps it is the flight in me to draw inward, away from the world towards freely expressing what’s in my head. Then again, it may be the fight in me to wrestle […]